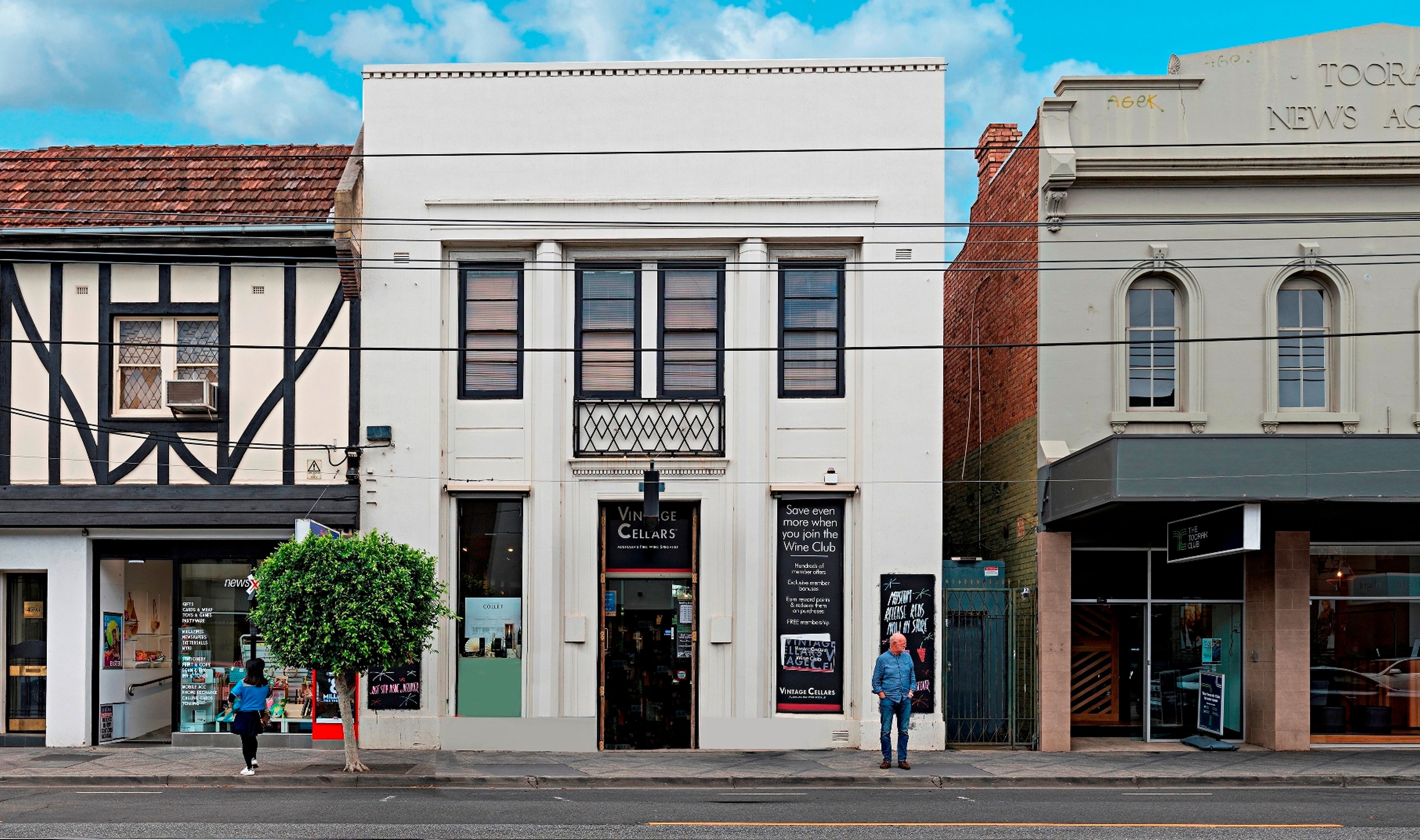 A Hong Kong investor who flew in just for the auction has been pipped at the post by a local investor who paid $8.7 million on a 4.1 per cent yield for a prime retail freehold investment in the heart of Melbourne’s wealthiest suburb, Toorak.

According to marketing agents, Teska Carson’s Luke Bisset and Michael Ludski, with Allard Shelton’s Joseph Walton, Michael Ryan and James Gregson, the Toorak Village property drew a crowd of around 100 with bids from three buyers pushing the price to more than $20,000 a square metre of land.

"This was a great result for a property which had much to offer investors in a coveted retail and commercial location with a blue chip tenant.

"Enquiry was strong right throughout the campaign and that was reflected in a big crowd including an off-shore contingent which very nearly took the prize,’’ Mr Bisset said.

Located at 481 Toorak Road, the property comprises a double storey, 420 square metre, building with ground floor retail, and a first floor which is currently used for board and staff meeting and taste testing, on a 422 square metre site, zoned Commercial 1.

Known as the heart of Toorak, Toorak Village has more than 270 shops and businesses including fashion boutiques, cafes, fine dining, hair and beauty salons and highly regarded medical and professional services.

The property was sold subject to a five year lease to Vintage Cellars - a subsidiary of ASX listed Coles Group Ltd - at a current rental of $362,305 per annum with annual increases.

Mr Ludski said the property presented a list of exceptional investment credentials including a highly regarded retail and commercial location within Melbourne’s wealthiest suburb, with a secure lease to a blue chip tenant and first rate access and exposure via Toorak Road frontage and a public car park.

"It really did tick all the boxes of a premium investment property,’’ Mr Ludski said.

He said nearby South Yarra station, which is earmarked for a $12 million overhaul, was the busiest station outside of the CBD with 32,000 people using it daily.

"That is a fair indication of just how much growth there has been in a suburb long touted as one of Melbourne’s most livable.

"The local retail sector also thrives on the back of a predominantly young and affluent demographic which boasts an average weekly income well above that of Greater Melbourne with per capita retail spending also significantly above the Melbourne average,’’ Mr Ludski said.